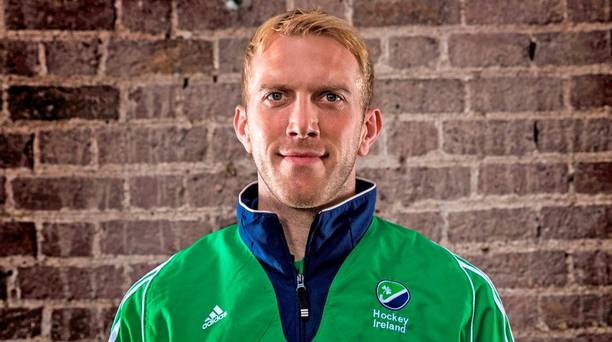 Hockey Ireland is delighted to announce that David Harte has been named as the FIH Goalkeeper of the Year for the second year in a row! Harte captained Ireland to their first Olympic Games in 108 years when the Green Machine competed at the Rio Olympic Games. Harte has a plethora of Goalkeeper of the Tournament awards to his name and is an integral part of not only the Green Machine but current EHL champions Kampong. The achievement of the award is further solidified when looking at the other nominees; Juan Vivaldi (ARG); Jaap Stockmann (NED); Vincent Vanasch (BEL); Parattu Raveendran Sreejesh (IND). Vivaldi and Vanasch won gold and silver respectively at the Olympic Games in Rio this past summer, highlighting the stiff competition David Harte was up against.

Speaking about the award, Harte said “To win this award truly is an incredible honour and one which I am very proud to receive. Even to be nominated for a second time was more than I could have hoped for, especially given the world class goalkeepers involved such as Juan Vivaldi, Vincent Vanasch, Jaap Stockman and PR Sreejesh, all of whom are deserving of the title in this category. Although it is an individual award, it partly belongs to my teams at both club & country level as I would not have made it here without them.

On the back of 2016 and overcoming a 108 year wait to compete in an Olympic Games the team is busy preparing for the first step on our quest to compete in a World Cup in 2018. We start by hosting the WL2 in Belfast which is incredibly exciting for the Irish hockey community and players alike.

Having reached an all-time high of #10 in the world rankings, we are all determined to push on from here and hopefully, having inspired the future Irish hockey generations, to climb higher with the Green Machine! A busy 2017 awaits between World League events and the European Championships in Amsterdam and I for one can’t wait to get started!”