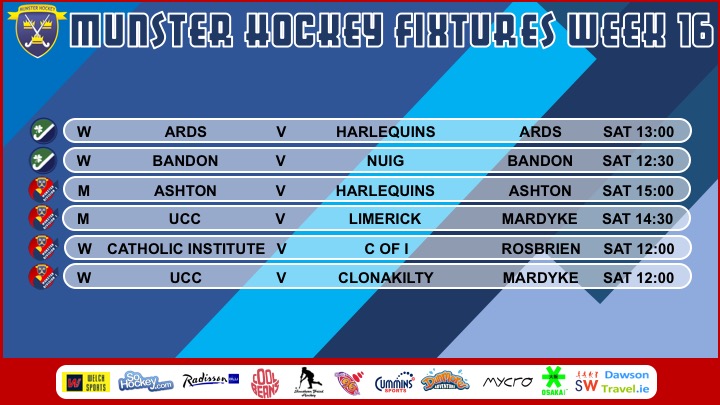 Harlequins return to full strength this weekend as they travel to Ards in the Irish Senior Cup quarter final. If earlier meetings between two sides are anything to go by this could be another close battle. In the Irish Hockey Trophy defending champions Bandon will hope to progress to the semi final as they host the students of NUIG.

In men’s division 1 Ashton host Harlequins in a game that has produced plenty of excitement in the past year. Harlequins sit in second currently while Ashton sit 4th. UCC and Limerick has just been postponed.